Начало Mediapool.bg Unaccountability of the Prosecutor General at the center of European Commission report on rule of law in Bulgaria
Mediapool.bg
Новини
септември 30, 2020
koMEDIA 0 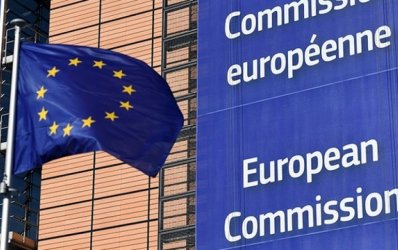 The European Commission put the unaccountability and the untouchableness of the Prosecutor General at the heart of the chapter about Bulgaria in the newly released Rule of Law Report. Brussels urges Bulgarian lawmakers to resolve the problem, again. The issue of the powers of the Prosecutor General and the Prosecutor’s Office has been a point of grave concern and criticism by various EU institutions since Bulgaria’s accession in 2007. The position of the Prosecutor General is such by law that gives him virtually limitless powers over his office. The Prosecutor’s Office is a highly centralized with the Prosecutor General the sole and direct boss of all of the prosecutors in the country. As he and his office have no obligation for accountability or transparency, and the Prosecutor General may only be investigated for wrongdoing by his subordinates, the institution – together with several anticorruption hybrid investigative bodies – have devolved over the years to a powerful political arsenal of tools to go after enemies and protect friends The nearly three-month nation-wide antigovernment protests, which are still ongoing, demand the resignation of the current Prosecutor General Ivan Geshev, along with PM Boyko Borisov’s and his government’s. Geshev is seen as one most upfront and ruthless executors of the powers of the office of the Prosecutor General. “…perception surveys […] show a very low level of public trust in the anticorruption institutions. Lack of results in the fight against corruption is one of the key aspects raised throughout the summer 2020 protests,” the report reads. The report also highlights the lack of results from the so-called Anticorruption Commission, who’s headed currently by Ivan Geshev’s predecessor and mentor, Sotir Tsatsarov. Specifically, the report points to the so-called ApartmentGate scandal of early 2019. Investigative reporting by the NGO Anticorruption Fund and Svobodna Evropa (RFE/RL) uncovered that a number of top-level officials purchased luxury apartments for about a fourth of the market price by the construction company Artex. Coincidently, the same GERB MPs and members of government pushed for legislative amendments, highly favorable for the company. “A series of highly publicized scandals took place in the spring of 2019, involving the purchase of private properties at below market value by high-level officials. The Anti-corruption Commission did not find any evidence for conflicts of interests. The scandal, referred to as ‘Apartmentgate’, led to the resignation of a number of high-level officials, including the former chairman of the Anti-corruption Commission,” the report highlights. Contrary for former Justice Minister Danail Kirolov’s multiple assurances over the past year that the Cooperation and Verification Mechanism will discontinue, the report clearly states it is ongoing and a “final decision” for lifting it seemingly will not come anytime soon. The report says Bulgaria has made a number of further commitments for the last CVM report, published last October. “Bulgaria will need to continue working consistently on translating the commitments specified in its report into concrete legislation and on continued implementation. Източник: Mediapool.bg