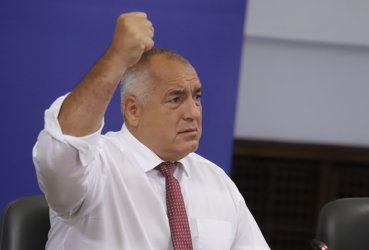 The government announced yesterday the second round of relief measures to counter the economic effects of the coronavirus crisis. The entire package is worth 1,16 billion leva. 2/3 of the sum – 732 million are for social measures – a significant part – in the form of one-time cash handouts; the rest – 431 million leva will be allocated for economic measures. Along with this announcement, the government press office also hinted the government will reveal more spending, almost one billion, from the euro funds. This was confirmed the next day. Mediapool reported that the government will in fact speed-spend 1,1 billion euro from the operational program Innovations and Competitiveness in the next few months. The reason the 1,1 billion is still readily available five months before the current program period expires, however, speaks largely to the fact that the Ministry of Economy has failed to process the funds when it had to. According to Economy Minister Lachezar Borissov, 27’000 applications for financing will be reviewed by the ministry’s staff, along with staff from other institutions in the next month. The government employees will work 13-hour days and on weekends as well to cover the immense workload. The social measures, planned by the government include 50 leva per monthly cash handouts for pensioners and 1000 leva per month bonus to the salaries of healthcare professionals till the end of 2020. Other social measures include increase in healthcare budgets, hospital subsidies, 30% higher budgets for personnel costs for publicly financed positions, directly dealing with the pandemic, as well as a 30% increase of unemployment benefits. 8 million leva will be spent to give out tourism vouchers of 210 leva to 38’000 medical workers. PM Boyko Borissov said GERB will table a bill to Parliament for VAT decrease for tourism operators. The measures come amid growing antigovernment protests, which demand the resignation of the whole Cabinet and the Prosecutor General Ivan Geshev for deep rooted corruption and government dependencies and ties to notorious elites. Observers criticized the measures for their apparent political instead of policy-driven motivation. Economists warned that this type of spending in a time when it is impossible to predict the end of the crisis is dangerous. While the PM highlighted the package will be covered by existing funds, and no loans will be taken, this is still highly unsustainable spending. Cash handouts instead of supporting the businesses, which actually suffered from the crisis by helping them survive and save jobs, will not improve the situation the next time around, except the money will be gone, critics said. Източник: Mediapool.bg