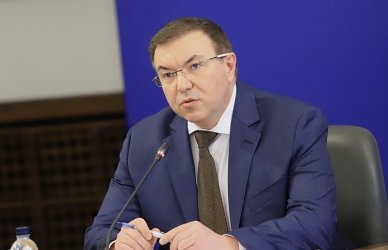 The Bulgarian government announced the country will go into a ten-day lockdown starting Monday, March 22. Schools, kindergartens, shopping centers, fitness clubs, pools, bars, restaurants, theaters and museums will close until March 31. The mayor of Sofia, Yordanka Fandakova said she will extend the measures locally for several days to reach spring break, which will begin March 3. “The goal of the measures is for the control we have over the epidemic to be effective and have the same results, which we achieve in October and November of last year,” Health Minister Kostadin Angelov said on a special press conference this Thursday. All social events and gatherings of more than 15 people will be banned. Sport events will not be canceled but no spectators will be allowed. Bulgaria saw a rapid rise in new coronavirus cases in the last days and weeks, reaching over 4000 daily cases in the last five days and over 100 daily deaths. The lockdown comes only 20 days after the government openеd all restaurants, cafes and bars. “We might seem inconsistent but we are not. Every decision we make are based solely on the science and realities – as they are all around us”, the minister said. Bulgaria had a real full lockdown a year ago when the first few cases were discovered. Parliament declared a state of emergency in March 2020, and a number of restrictive measures were introduced, including, famously, a ban on city and national parks. After this first wave, Bulgaria has been more and more reluctant to impose any restrictions, despite daily cases, severe cases and deaths rising steadily – and sometimes quite rapidly – throughout the course of the crisis. The restaurant owners’ association’s hold on the government’s decisions was so vivid at one point, that during the second wave, the health minister at the time announced plans to close the restaurants, only to have the decision revoked by the end of the same day. The minister even gave the floor to the head of the restaurant association to hold the press conference instead of him. At the same time, Bulgaria is lagging behind in terms of vaccinations. The country is last in EU in terms of vaccination rates, while holding leading positions in death intensity rise. Bulgaria has administered just 362000 vaccines to date; only 70000 people have received their second dose. Bulgaria faces another challenge in tackling the crisis as well: the country will hold parliamentary elections on April 4. Bulgaria practically has no early or absentee voting system in place. Източник: Mediapool.bg